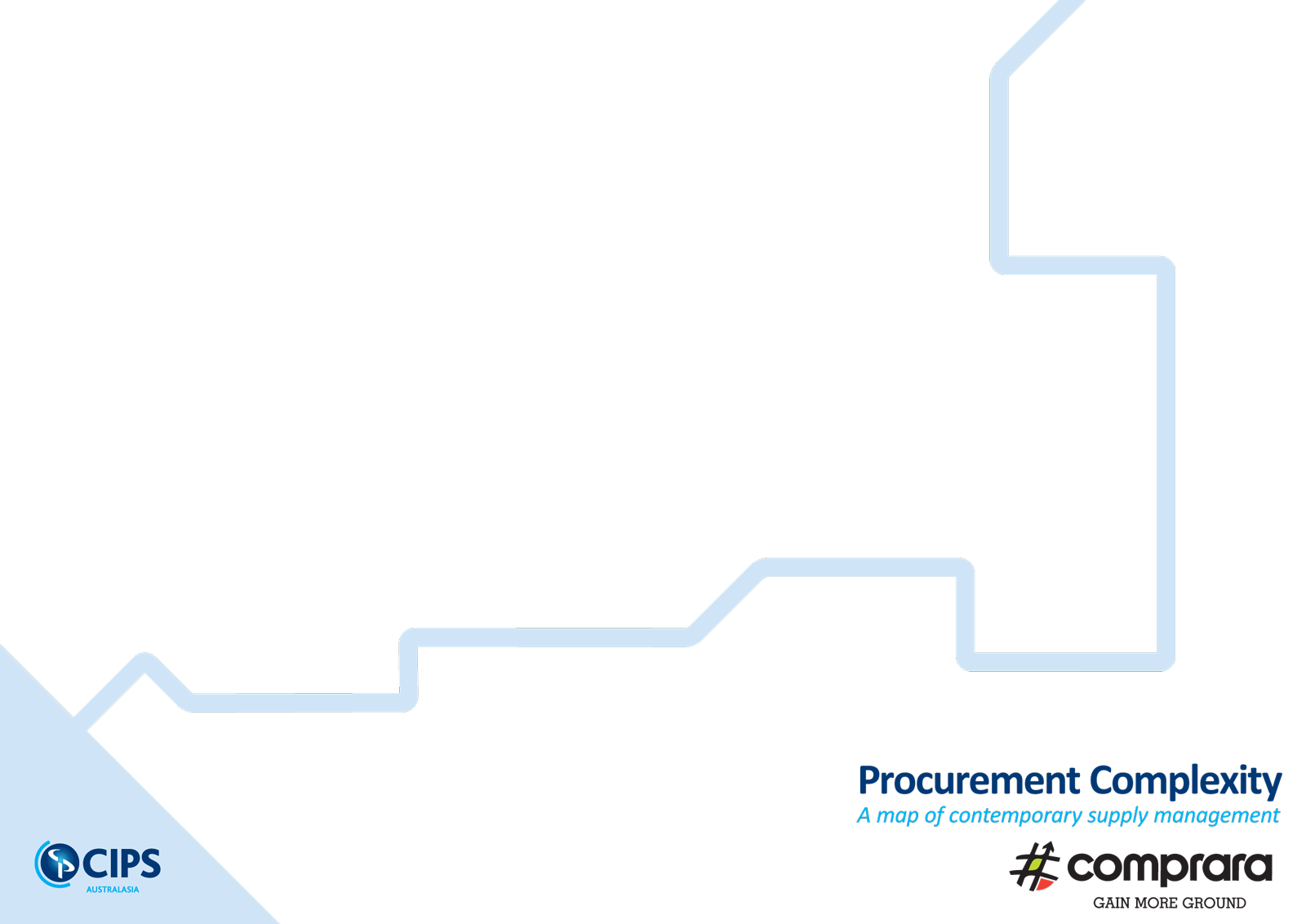 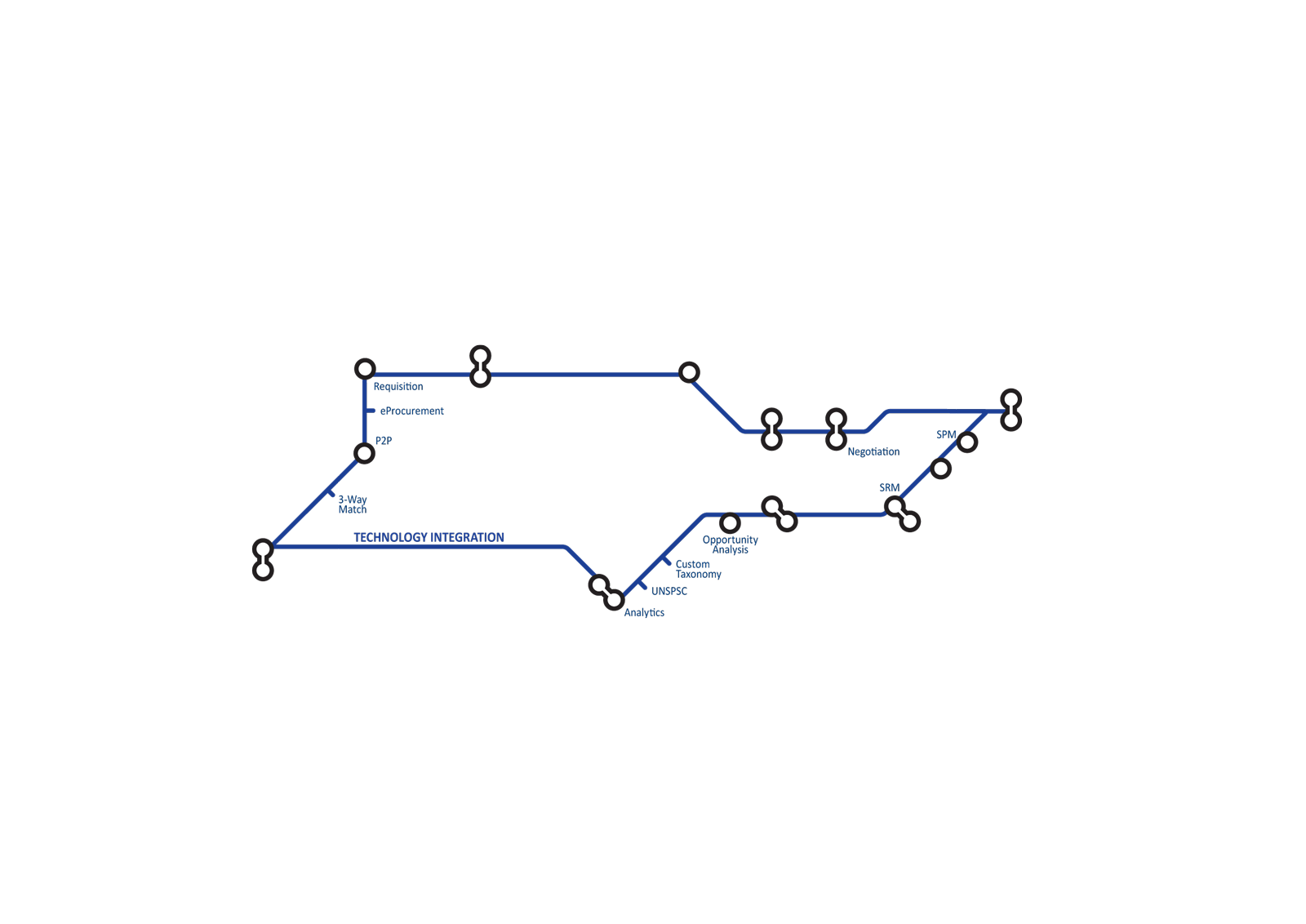 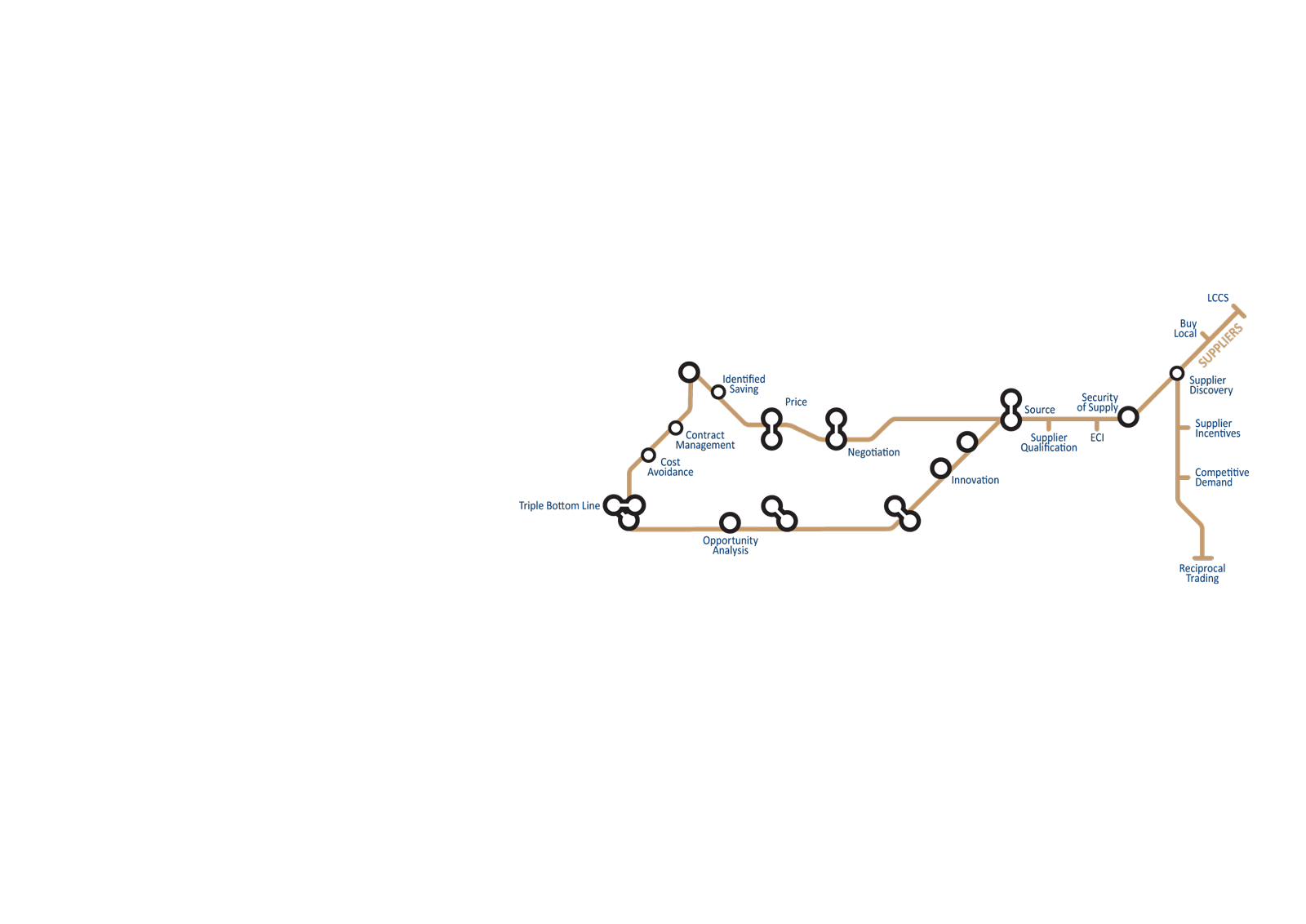 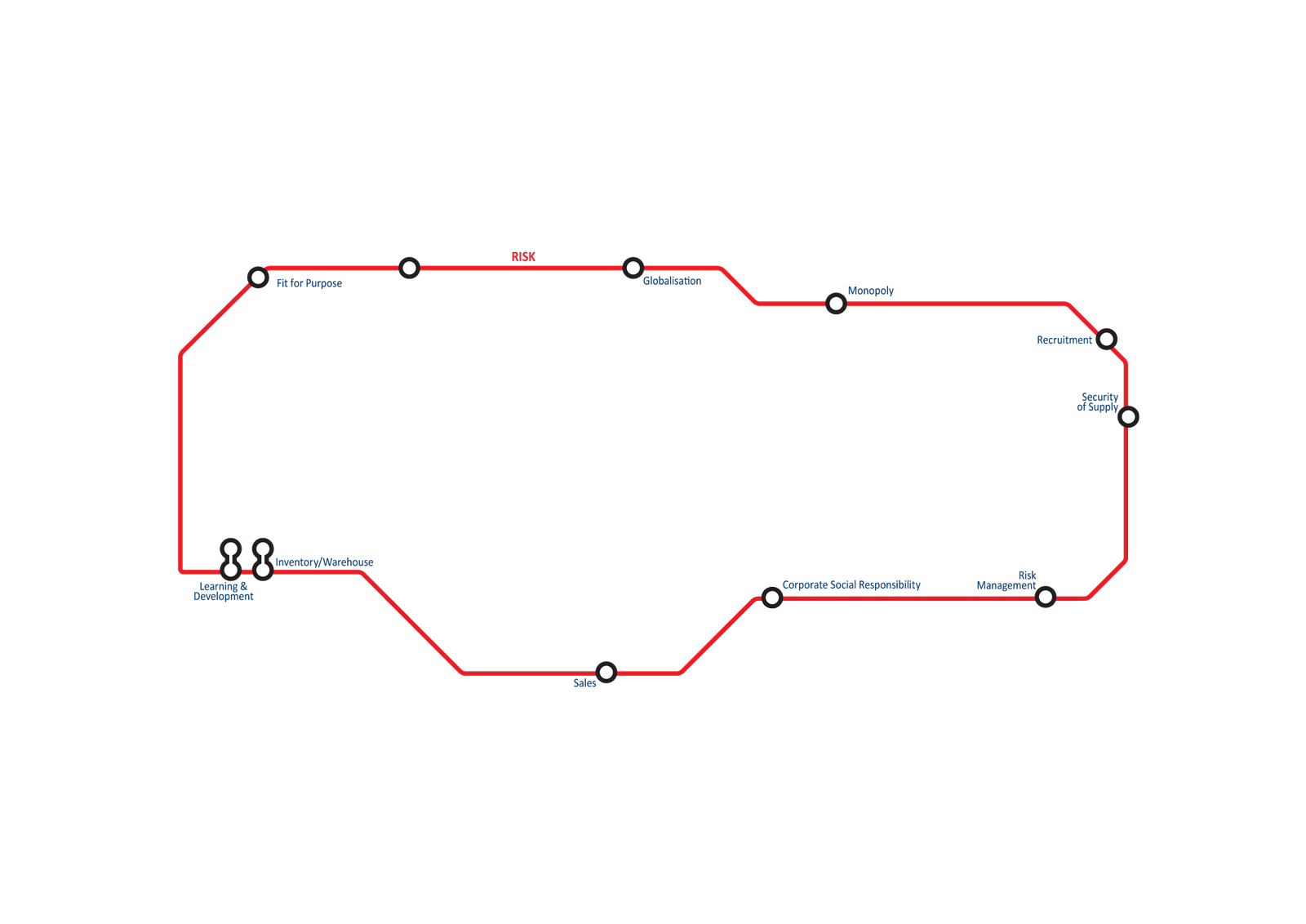 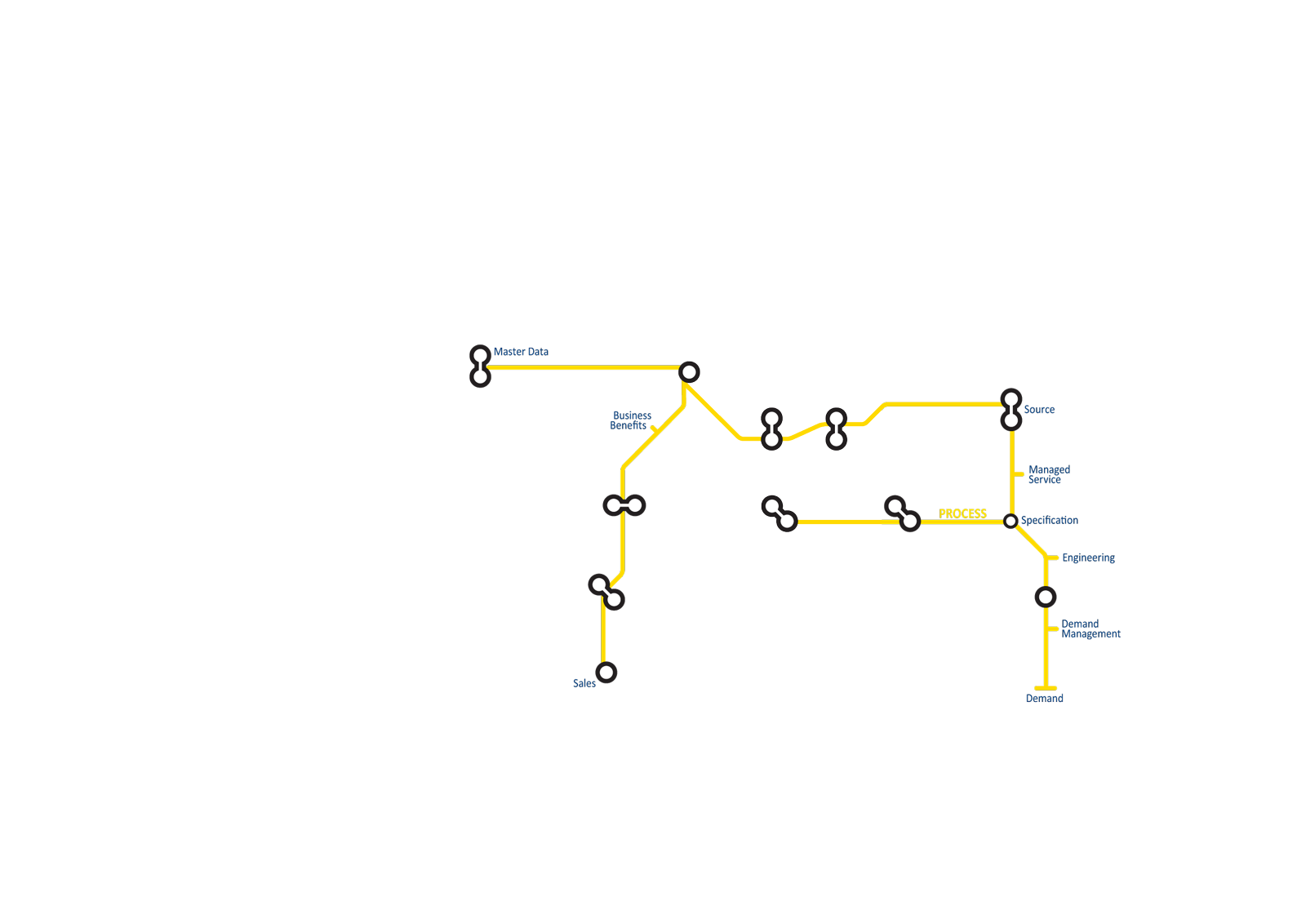 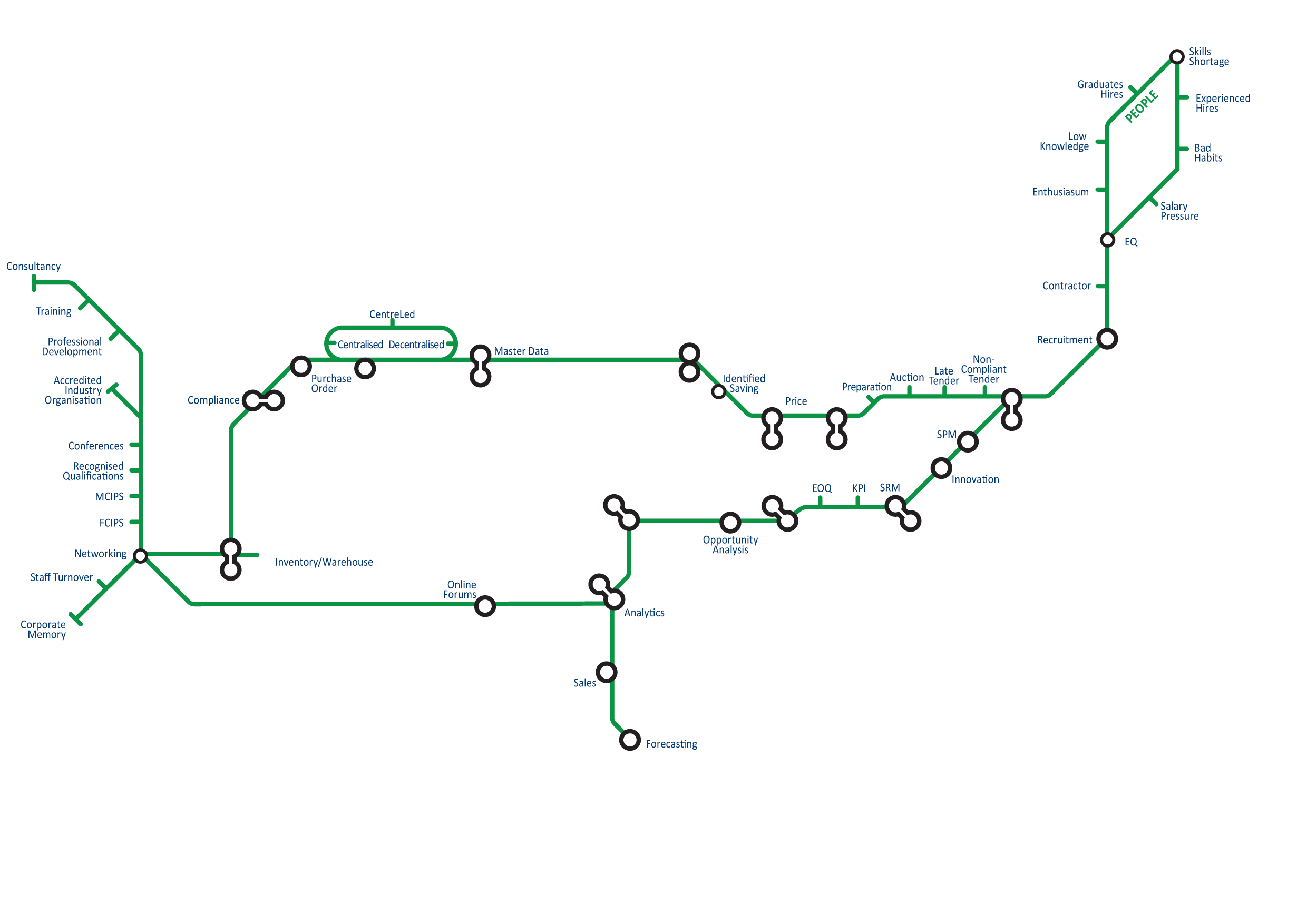 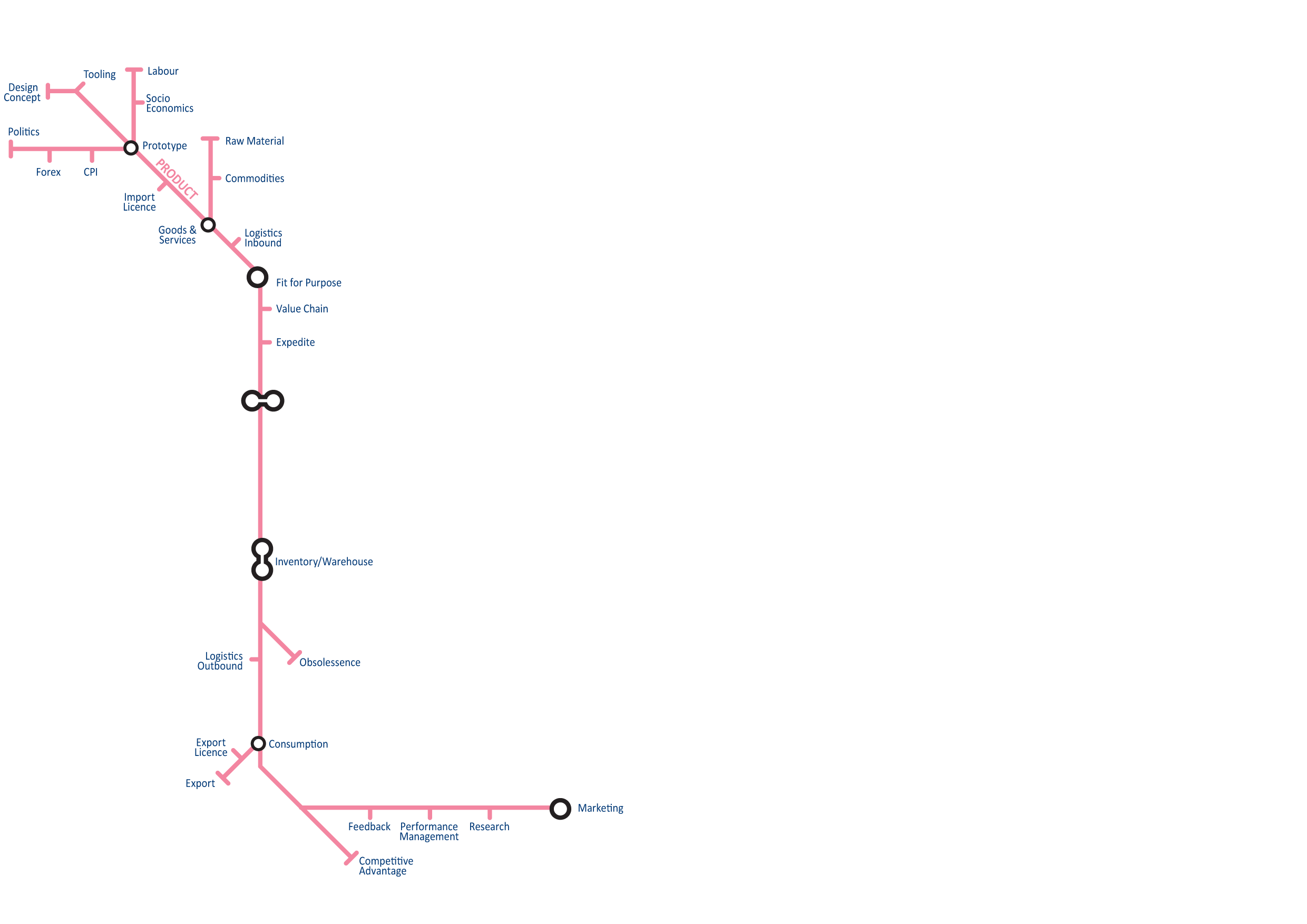 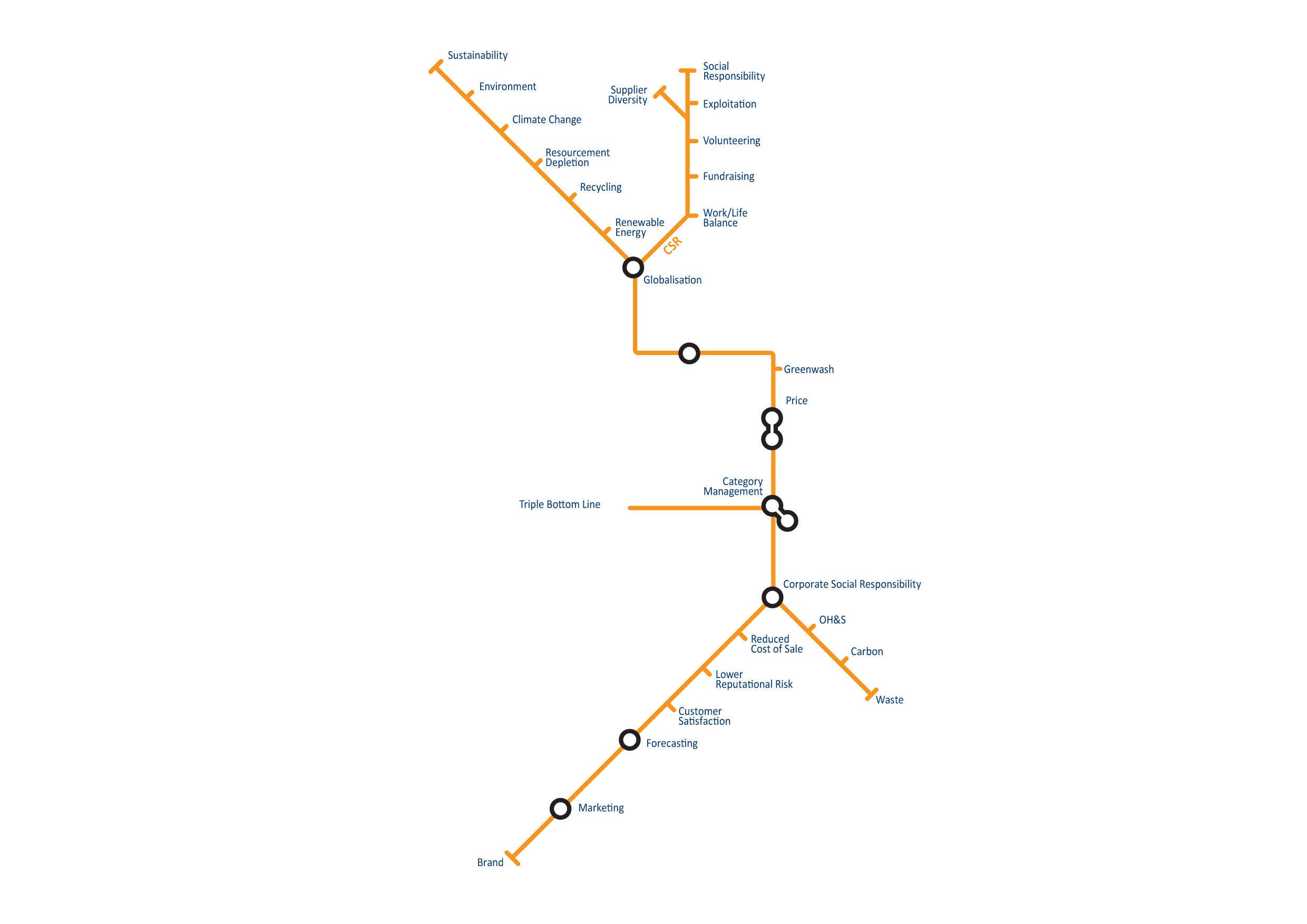 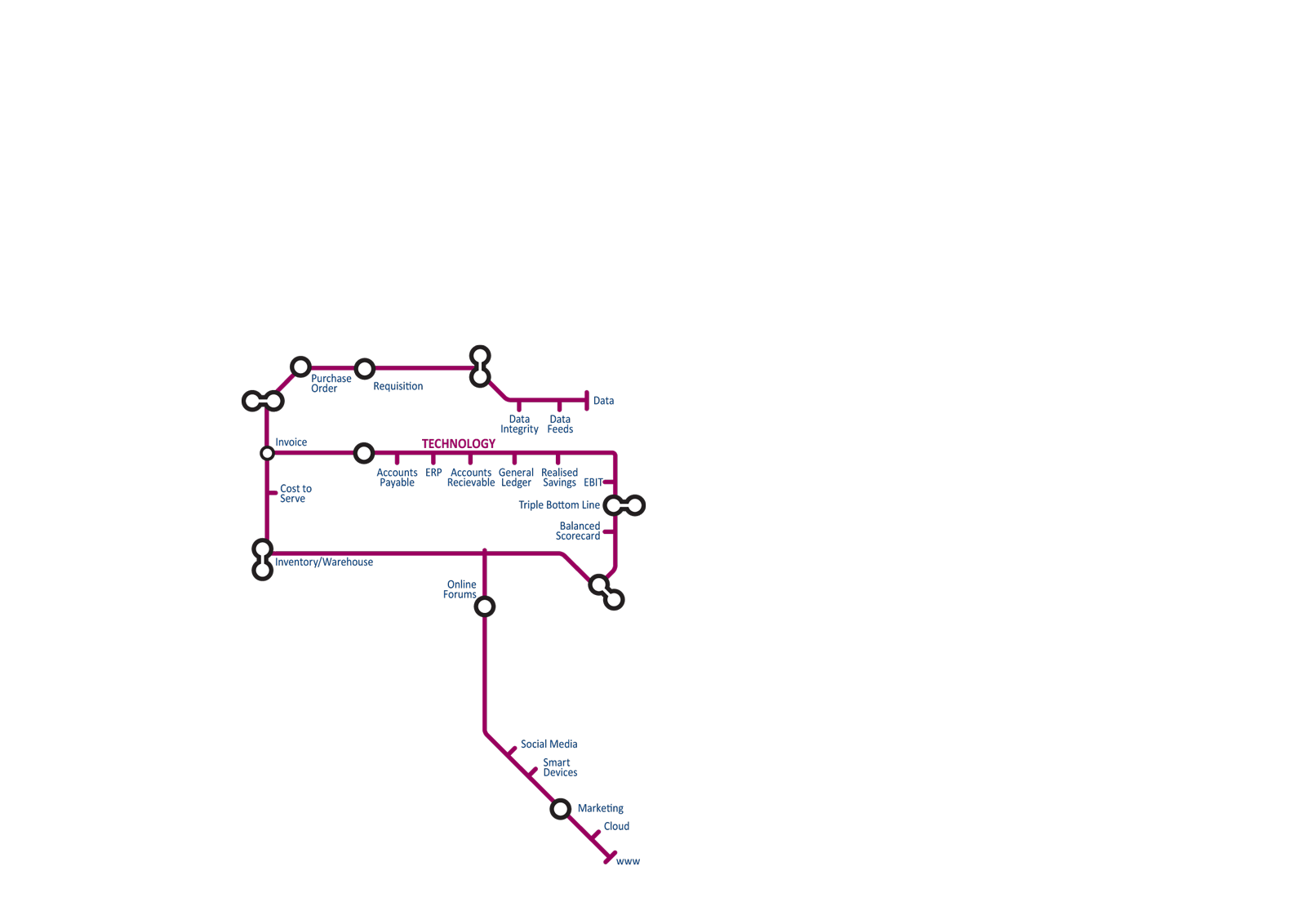 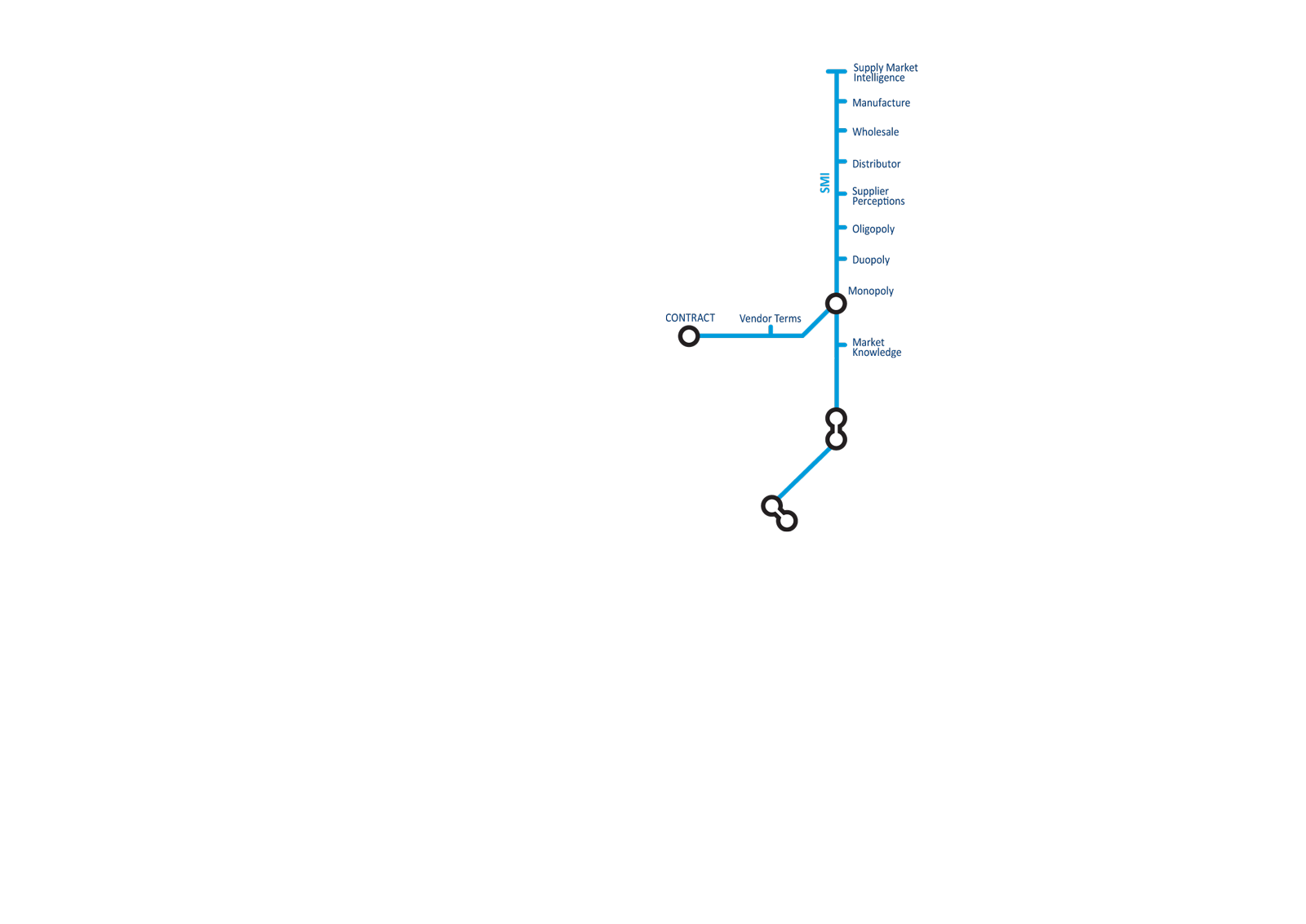 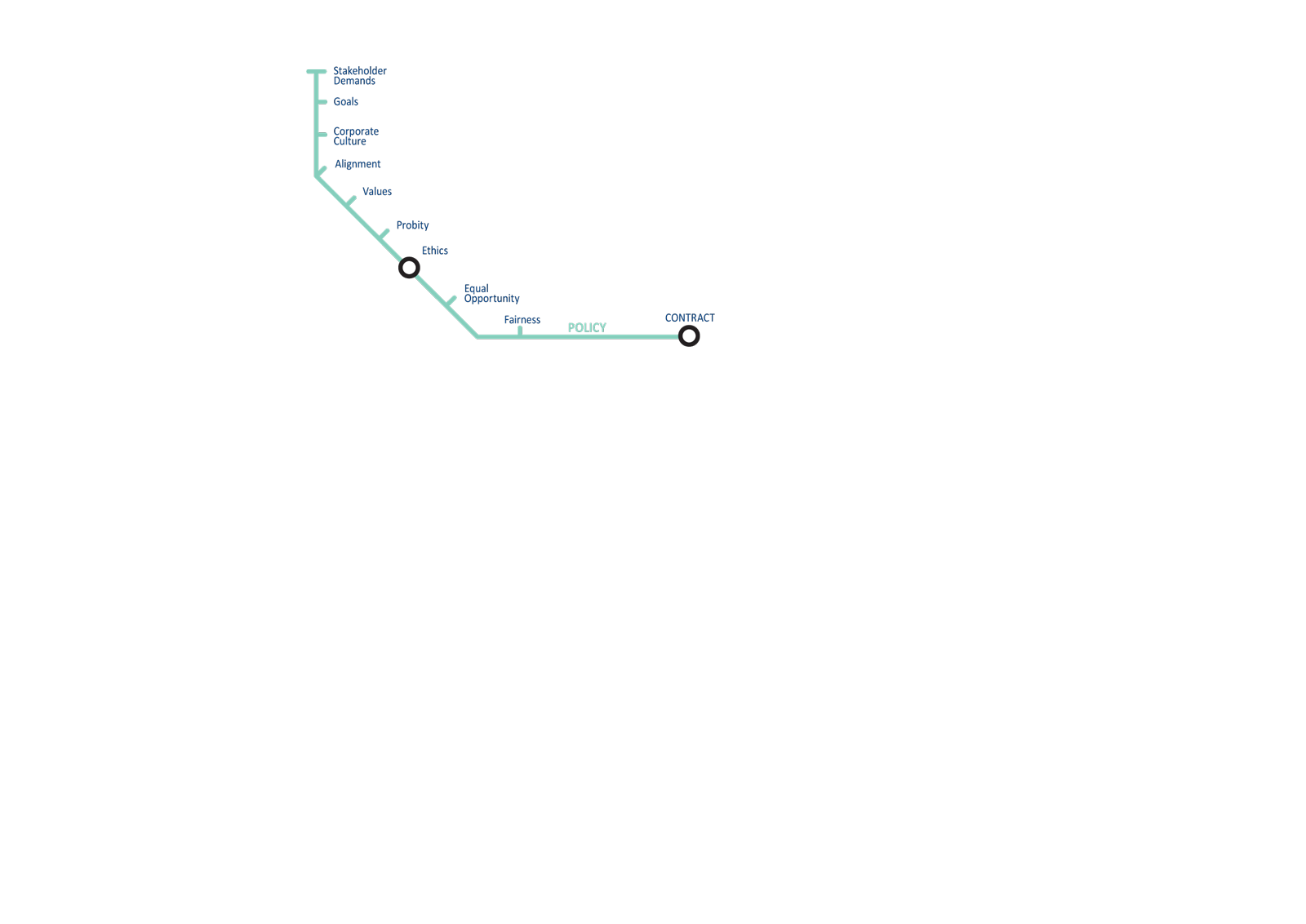 We’ve done the “Harry Beck”
of Procurement and Supply Chain

Heard of Harry Beck? It wouldn’t be surprising if you haven’t. But when it comes to making complex systems easier to understand, he’s a legend.

The London Tube map is instantly recognisable and heavily influential with nearly all other metro train maps around the world. Stand in a station, plan your journey with that map of linear, colour-coded train lines, and thank Beck he thought up a system that made it all so easy.

The modern city train system is a complex beast, congesting and spreading as populations swell. A new line added here, a line extended there, more lines criss-crossing, stations sprouting like mushrooms on a damp forest floor. If a map of these lines was rendered as it was before the 1930’s, it would be geographically faithful to the system, a bird’s eye view of the city, with a confusing cluster of lines and stations around the centre and a messy spiderweb spinning outwards. Commuters in those days had headaches planning their journeys, and little chance of putting anything to memory.

Enter Harry Beck, whose background as an electrical engineer allowed him to see the London metro system as a circuit board. The railway lines – wires. The stations – connectors. All part of one system. He did away with geographic accuracy and plotted the system in linear lines with evenly spaced stations. Counter-intuitive at the time, it nevertheless made perfect sense to a commuter, and made a journey easy to plan and memorise.

An Explanation of the Procurement
and Supply Chain Map

This diagram, the procurement manager’s equivalent of the London Tube map, was commissioned by CIPS back in 2012 to illustrate the complexity of the industry. Created by Scott Grant and myself, this is in all likelihood the first ‘map’ of the procurement profession.

Follow a line from its source to its terminus to consider most of the strategic and operational hurdles faced when managing contemporary supply. The major stations pose general questions for most organisations; the minor stations ask specific questions relating to the project. Each line is, of course, but one aspect of a modern procurement manager’s role.

Stop off at a station along the way to consider the challenges of a specific project or an organisation in general. Some stops will be brief; others will present more complex issues, perhaps more risk, or more opportunity. Professional experience and skill are needed to prioritise the stations based on the project at hand.

Take a journey on this diagram and understand the modern procurement industry’s need to move along more proactive tracks, away from reactive measures. Spend analysis, negotiating, sourcing, contracting and price management are pillars of the industry, but nowadays it’s pivotal to move ‘upstream’ or ‘downstream’ from these stations. A successful journey on this diagram is achieved when you stop at each station, consider the topic, and devise a solution; that is the modern procurement manager’s role.

What are we missing?

Cities grow, and new lines and stations need to be added accordingly. It’s been seven years since CIPS commissioned this diagram. What’s changed in the industry since? Have you noticed something missing on our map? Maybe a particular project deserving of its own line, or a station that needs to be added. Everyone has their own thoughts on the industry, everyone has something to contribute. Maybe, like Harry Beck, your contribution will bring further clarity to an intricate, evolving system.