Public Private Partnership [PPP] refers to a project that is operated and funded by a partnership between private sector companies and government. Typically, the PPP involves the private sector entity injecting capital into the development of an asset, which it may then operate and assume some financial risk for. For example, a government may plan a tunnel, but be reluctant to levy taxes on the public to raise the capital. Instead, they may enter into a PPP with a contractor, or an alliance of contractors. The contractor invests the money and manages the building of the tunnel in return for the right to levy tolls on road users of the tunnel for a defined period, for example 30 years. At the end of the period the ownership of the asset may transfer to the government, and so the contractor’s risk would be that patronage of the tunnel might be less than anticipated, and they might not make as much profit as planned, or even make a loss.The use of PPPs has been controversial, as private sector access to capital depends upon the liquidity of the financial markets, and notable PPP contractor failures have led to assets reverting to public sector ownership following the insolvency of the contractor appointed to operate the project, calling into question the real level of risk that is transferred. See also Contract, BOOT.

« Back to Glossary Index

We regularly look out for articles and posts published online related to the term "Public Private Partnership". Here is a selection of recently published articles/posts.

Council to vote on ambitious plan for improved Heritage Park and …

Mar 5, 2020 ... ... Park and the surrounding area. The $39 million public-private partnership
would connect the north end of downtown to the Trinity River. Read More 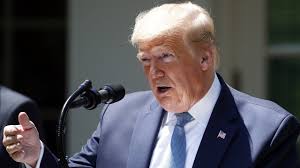 May 15, 2020 ... President Trump on Friday announced a new public-private partnership to
develop a vaccine for the novel coronavirus as part of what's being ... Read More